JENNY WHITE, WE SALUTE YOU! 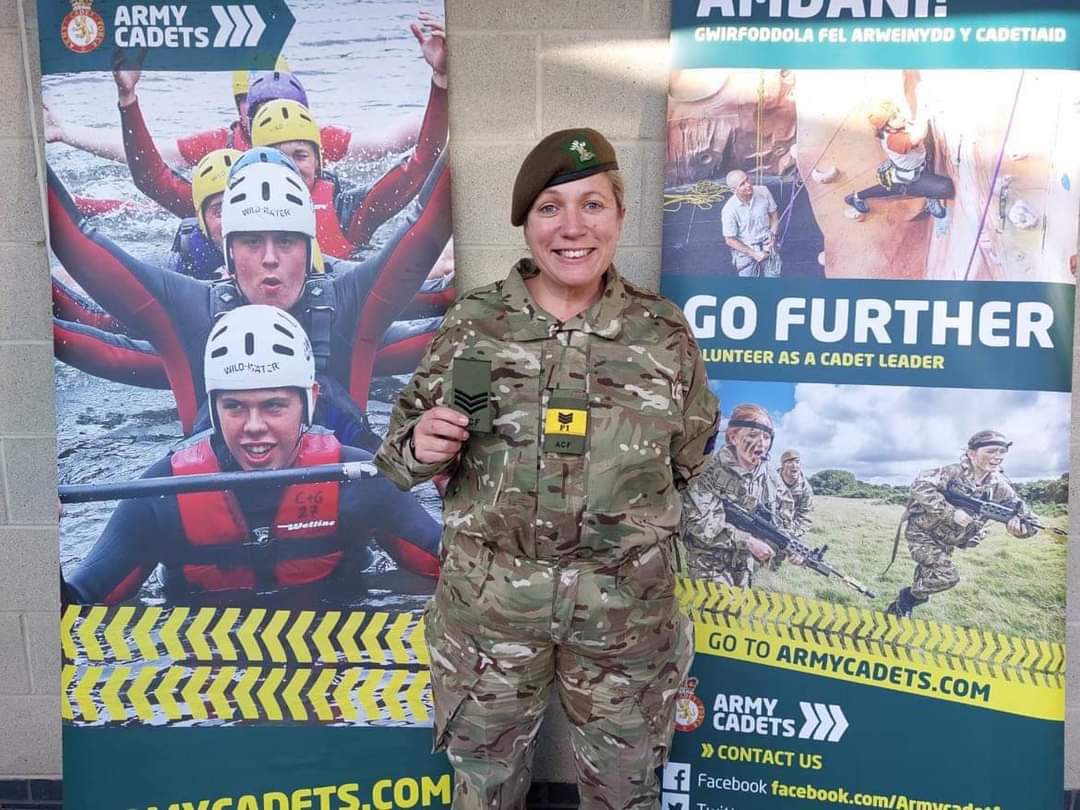 APP UK’s Operations Director, Jenny White, has been with the company since summer 2020 as has already been promoted! For those who know Jenny’s work ethic, skillset, and organisational skills, this will come as no surprise.

Despite the full-on demands of her full-time role at APP UK, Jenny is also studying a degree, and raising her family – both furry & human. It might seem surprising to those who have never met Jen, therefore, that she also finds the time to volunteer with the UK’s largest youth membership organisation, The Army Cadets.

Many of us would be hard-pressed to think of anything worse than to be responsible for the safety and wellbeing of (a portion of) the 39, 000 young people currently registered, as they gain valuable skills in fieldcraft, camping, survival, and teamwork! Not Jenny – she was excited for her journey to begin – and all the mud, sweat, and tears that would entail.

As a social enterprise organisation, APP UK always look to support the whole person in our teams, rather than the part that comes to work each day. Being able to share stories like Jenny’s is testament to the organisation living its beliefs.

With such a busy non-APP life, it would be easy to assume that the business might be losing out but this couldn’t be farther from the reality. We all know that happy employees nurture happy clients and APP UK is certainly gaining more by ensuring Jenny can book leave to coincide with her training camps and events, or to facilitate study time for her degree!

In fact, when Jenny embarked upon her journey with the Army Cadets only a few months ago, she was made a Probationary Instructor. A matter of weeks later and she had already been promoted to Sergeant Instructor! An outstanding achievement. The icing on the cake? When Jenny completed the last part of her AIC (Adult Induction Course) at Sennybridge Camp, she was presented with a rather special accolade – Best Student.

APP UK will continue to support Jenny – and all of our teams – in everything they pursue and we would encourage other organisations to do the same. Support the whole person, always. We all win that way.

We use cookies on our website to give you the most relevant experience by remembering your preferences and repeat visits. By clicking “Accept All”, you consent to the use of ALL the cookies. However, you may visit "Cookie Settings" to provide a controlled consent.
Cookie SettingsAccept All
Manage consent

This website uses cookies to improve your experience while you navigate through the website. Out of these, the cookies that are categorized as necessary are stored on your browser as they are essential for the working of basic functionalities of the website. We also use third-party cookies that help us analyze and understand how you use this website. These cookies will be stored in your browser only with your consent. You also have the option to opt-out of these cookies. But opting out of some of these cookies may affect your browsing experience.
Necessary Always Enabled
Necessary cookies are absolutely essential for the website to function properly. These cookies ensure basic functionalities and security features of the website, anonymously.
Functional
Functional cookies help to perform certain functionalities like sharing the content of the website on social media platforms, collect feedbacks, and other third-party features.
Performance
Performance cookies are used to understand and analyze the key performance indexes of the website which helps in delivering a better user experience for the visitors.
Analytics
Analytical cookies are used to understand how visitors interact with the website. These cookies help provide information on metrics the number of visitors, bounce rate, traffic source, etc.
Advertisement
Advertisement cookies are used to provide visitors with relevant ads and marketing campaigns. These cookies track visitors across websites and collect information to provide customized ads.
Others
Other uncategorized cookies are those that are being analyzed and have not been classified into a category as yet.
SAVE & ACCEPT